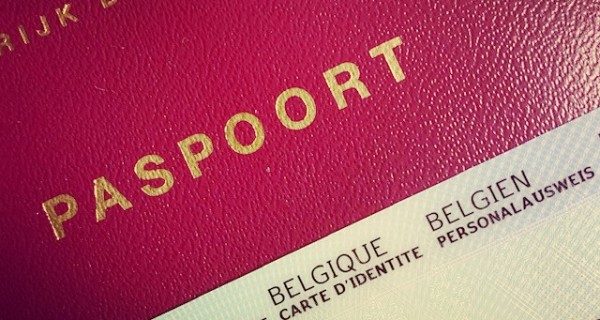 The connection between the Netherlands and Belgium goes beyond sharing a border. Approximately 200 years ago, the Netherlands and Belgium were the same country. Both countries are NATO and EU Member States. This means that Dutch and Belgian citizens can live and work in 30 EEA countries without much hassle. Whose passport is better? The Dutch passport or the Belgian passport? Let them have a little competition today.

On the basis of the Dutch Nationality Act (“Rijkswet op het Nederlanderschap”), if one wants to apply for Dutch nationality, in principle, he/she needs to live in the Netherlands for five consecutive years. Also, the applicant needs to pass the integration exam. For people who have a talent for languages or people who have a good command of the English language, it should be a piece of cake to pass the integration exam. It does not take much time or dedication to pass the integration exam. Nevertheless, the Dutch Government follow a very stringent interpretation of the term ‘consecutive stay’. If your residence renewal application was submitted late by 1 day, it can cause a residence gap, meaning that your five-year term gets reset and your will have to start accumulating the five-year term from scratch again. How about Belgium? On the basis of the Belgian Nationality Act (“Wetboek van de Belgische nationaliteit”), an adult can apply for Belgian residence after living in Belgium for five years. When one applies for Belgian nationality, one needs to prove both social integration and economic participation. In principle, after completing the Belgian integration course, one will fulfil the integration requirement. Nevertheless, with regard to the economic participation requirement, one needs to have worked at least 468 days over the last five years. For some fulltime housemakers, it can be hard to meet this requirement. Fortunately, if an individual studied in Belgium and obtained a Belgian degree, a study program of 60 ECTS credits can be perceived as 236 days of fulltime work. In other words, after completing a two-year Master degree, one can meet the requirement about economic participation in Belgium. Moreover, on the basis of case law, Belgium has less strict interpretation of the term of ‘consecutive stay’.

In the Netherlands, the IND have a statutory term of 1 year to decide on a naturalization application. In Belgium, the Public Prosecutor has 4 months’ time to examine the merits of an application for Belgian citizenship. Therefore, in terms of processing time, Belgium is a bit faster.

The issue of previous nationalities

On the basis of Dutch Nationality Act, in principle, after acquiring Dutch nationality, one needs to renounce his/her previous nationalities. For example, Jane has both US and Italian passports. After acquiring Dutch nationality, Jane will need to renounce both US and Italian citizenship. Of course, there are some exceptions to this general rule, exempting Jane from the renunciation requirement. For more information about the exceptions, please refer to this article:  Dual citizenship for new Dutch citizens: ways to retain your current nationality.

Ask for another nationality after naturalization?

In accordance with Dutch Nationality Act, in principle, one shall lose his/her Dutch nationality after acquiring a foreign nationality voluntarily. How about Belgium? How do Belgian nationality laws treat this issue? Well, the answer is that the Belgian Government do not care. If a Belgian is capable of acquiring 100 other nationalities, he/she is still seen as a Belgian citizen.

This little competition is over. Which passport do you think won the competition? I think the correct answer is that one should be able to have both passports. The pandemics have proven that a passport is a precious item, and that one should have as many nationalities as possible. An individual should have at least 2 nationalities. A family should have at least four or five passports of different colours, red, blue and green. If a family succeeds in acquiring multiple nationalities, then, in time of global pandemics and (illogical) epidemiological measures, they can continue enjoying being a global citizen, travelling around without any restrictions. Also, the future generations will benefit from these same privileges.

Should you have any questions about European migration laws and nationality laws, please fill free to contact us through filling out our contact form.