Moving to the Netherlands with a Prior Criminal Conviction 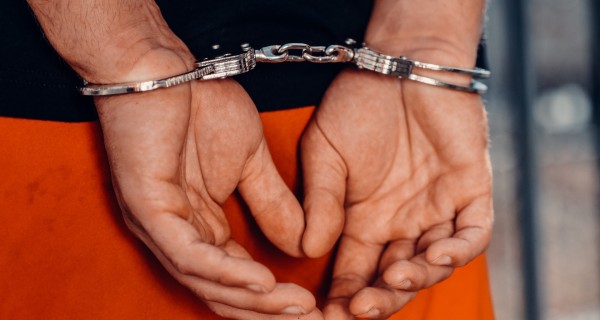 Having a previous criminal conviction does not automatically exclude an individual from obtaining a residence permit for the Netherlands, although it usually does cause complications. Different tests have to be applied in the context of applications for different types of residence permits. Thus, two decades-old convictions for shoplifting or driving under influence can still cause the refusal of a Highly Skilled Migrant residence permit, whereas a family-based residence permit could be approved in spite of the exact same convictions. Strange as this may seem, it is the logical consequence of the fact that immigration in the Netherlands is partly governed by fragmented EU directives, each applying their own definitions, which warrant a unique interpretation by courts. This article provides an overview of these directives and the approach of the IND to the tests they set out. We hope that, upon reading this, you will have a rough idea of what to expect.

What kind of convictions are relevant?

The main Dutch legal provisions that relate to immigration with a criminal conviction are found in Article 3.77 of the Vreemdelingenbesluit 2000, implemented by policy rules which can be found in par. B1/4.4 of the Vreemdelingencirculaire 2000. These rules will apply unless they are overruled by the application of specific European directives (see below). In principle, any of the following will form a bar to admission:

It is important to note that offences committed abroad will only be a bar to admission if they are also considered a crime under Dutch criminal law. For instance, while importing chewing gum into Singapore is a crime under Singaporean law, this would not amount to a crime in Dutch law.

How long will convictions form a bar to admission?

As stated in Part B1, Article 4.4 of the Vreemdelingencirculaire, the IND will not automatically reject an application for a residence permit from someone with a criminal background if any of the following apply:

When deciding on an application, the IND will consider the maximum prison sentence set out by Dutch laws for the associated crime at the time the crime was carried out. As an example, shoplifting carries a maximum prison sentence of four years at present. An individual who committed this crime in 2017 (and was convicted for it) can obtain residence in the Netherlands after the lapse of a five years term. Should the Dutch Criminal Code change in the future and the maximum prison sentence be set at seven years, then that will only affect applications for people committing shoplifting after that new law becomes binding. In short, the general rule is that if the requisite amount of time has passed since the judgment for the crimes has been handed down, an individual’s criminal background will not negatively affect his or her application.

However, an individual’s residence application can still be blocked where that individual has been convicted on multiple occasions. If this is the case, under the standard public order test no time limitations are applicable, so that these criminal offences will in theory form a bar to admission forever.

As described above, the general test on eligibility for residence in the Netherlands can be overruled by virtue of EU law. The effect of EU law on a case is dependent on the individual facts of the case. Below, we will describe three of the most commonly invoked EU directives, and the effect they can have.

Directive 2003/86 relates to family reunification between residents in the EU (who are not EU citizens) and their family members. In Dutch law, this directive generally also applies to Dutch nationals and their non-Dutch family members. There are two crucial tests that are applied when authorities determine whether an individual who has committed a prior crime will be entitled to family reunification.

The first test is whether the family member poses a threat to public security. If the family member is determined to cause a threat, the EU member state can refuse their entry. Directive 2003/86 states that having a prior conviction for a ‘serious’ crime may qualify an individual as being a threat. Case law in the Netherlands clarifies that in determining whether a crime is serious, the authorities ‘cannot automatically take the view that a third-country national is a threat to public policy…merely because he or she has been convicted of some or other criminal offence’. In other words, the authorities have to perform an individual assessment of each case. Examples of how the authorities view the seriousness of certain crimes are laid out, below.

Terrorism: Directive 2003/86 specifically notes that links to a terrorist organization will qualify someone as a threat and will be a reason to bar their entry. An individual with terrorist convictions will not likely be able to rely on family reunification to enter or reside in the EU.

Shoplifting: In the case G.S. and V.G. v Staatssecretaris van Justitie en Veiligheid, the court found that shoplifting was not, by itself, sufficiently serious to justify rejecting a residence permit. An individual with a mere shoplifting conviction will thus likely be able to secure a residence permit for the Netherlands.

Drunk driving: In the case G.S. and V.G. v Staatssecretaris van Justitie en Veiligheid, the court found that drunk driving was not, by itself, sufficiently serious to justify rejecting a residence permit. An individual with a drunk driving offence may still be able to move to the Netherlands.

The second test—laid out in Article 17 of the Directive--is how strong the family ties are between the individual who committed crimes and his or her family members. An assessment of the applicant’s ties can involve an investigation of the type and length of relationships the applicant has as well as his or her level of integration with the local community and duration of residence. In a 2021 case in the Utrecht court, it was found to be important to consider whether refusing a Dutch residence permit would realistically prevent the foreign national from continuing their relationship with his spouse residing in the Netherlands. In this case, and in a later case (AWB 19/9548), the foreign national with a prior criminal conviction was denied residence in the Netherlands despite being in a relationship with a Dutch national because the foreign national had never resided in the Netherlands. The court therefore did not believe that the family ties were strong.

When considering the two rules together, an individual who has been convicted of drunk driving on multiple occasions but has a long term relationship with a Dutch national will be more likely to be granted entry to the Netherlands than an individual with the same convictions but a short term relationship with the Dutch national. If the convicted individual also previously lived in the Netherlands, his or her right to stay would be even greater.

In short, where an applicant has truly strong family ties in the Netherlands, the person seeking a family based residence permit will only be refused when he or she has committed a serious crime. The threshold for a crime to be considered serious is quite high, but so too is the threshold for showing genuine family ties.

Directive 2004/38 applies, within the Netherlands, to non-Dutch EU citizens and their family members. The directive confirms the general principle that EU citizens and their family members have the right to free movement within EU member states. This right is strongly protected in EU law. However, it can be restricted on the grounds of public policy in particular circumstances (Article 27(2)).

Any restrictions that are made on public policy grounds must be proportional. Entry to the state cannot be blocked simply because an individual has a prior criminal conviction. In order to restrict one’s free movement rights on the basis of public policy, the state must, in fact, find that ‘their individual conduct represents a genuine, present and sufficiently serious threat affecting one of the fundamental interests of the society’. Specifically, case law has specified that the individual must be viewed as a ‘present threat’. Thus, while past convictions can be taken into account when authorities are deciding whether to allow entry into the state, they will not always be considered. A few examples of crimes can be seen below:

Manslaughter by negligence: In a 1975 case, an Italian national was living in Germany for work. At the age of 21, he unintentionally fired his pistol, fatally wounding his brother. He was found guilty of death by negligence and was deported. The Court of Justice held that the state could not use the reason of public policy to deport the Italian national because the offence he committed was unlikely to be repeated and therefore he did not pose a clear future threat to public security. The one-off nature of his offence thus enabled him to maintain his free movement rights.

Petty theft: In Murat Polak v Stadt Russelsheim, the European Court of Justice ruled that multiple small crimes will not be considered sufficiently serious to deny free movement rights. The several instances of theft committed by Mr. Polak while he was a minor were not enough basis to consider him an active threat to public policy.

Drug trafficking: In the case Land Baden-Wurttemberg v Panagiotis Tsakouridis, Greek national Mr. Tsakouridis was convicted on one count of dangerous assault and eight counts of narcotic dealing while living in Germany. The German authorities subsequently denied Mr. Tsakouridis’ right of entry and residence. The Court of Justice upheld the decision of the German authorities, finding that restricting free movement on the grounds of public policy was justifiable because dealing narcotics in an organized group is a sufficiently serious crime. Drug trafficking offences are thus likely to lead to the restriction of free movement rights.

Directive 2016/801 relates to international students wanting to study or complete research in the EU. The directive states that researchers and their family members may be not granted a visa or may not have their visa renewed even if they are considered as much as a potential threat to public security. In considering whether to block a student from entry, national authorities must balance the goal to promote mobility of international students in the EU with the right of states to set restrictions based on public policy. However, in practice, students with criminal convictions are unlikely to be able to claim any advantage over the standard public order test in the Netherlands.

The case Sahar Fahimian v Bundesrepulik Deutschland demonstrates the wide margin given to the authorities to assess whether a student poses a potential threat. In this case, an Iranian national had been admitted to and secured funding for doctoral studies in Germany but was refused a visa. The German authorities found that the Iranian posed a potential threat for two reasons. First, the university where she studied in Iran often conducted research for the Iranian military. Second, the topic of her proposed research was intrusion detection on smartphones. The German authorities considered it foreseeable that the Iranian national could use her research knowledge to aid the Iranian military. On appeal, the European Court of Justice ruled that national court was within its rights to decide themselves if refusing to grant a visa was for factual reasons.

On balance, the free movement of non-EU students is not as strongly protected as the state’s right to make public policy choices. The threshold to block entry of international students and researchers is relatively low, as even the ‘threat’ of negatively affecting public security is sufficient to justify blocking the residence permit. It is foreseeable then that having prior criminal convictions could block an individual’s right to reside in the Netherlands on a student visa.

Mynta Law has successfully applied for and been granted residence permits for our clients who have had prior criminal convictions. If you would like assistance with a residence application, or require advice about your own situation, Ashley Bruce LL.M. can advise you. Please feel free to send her an e-mail today.