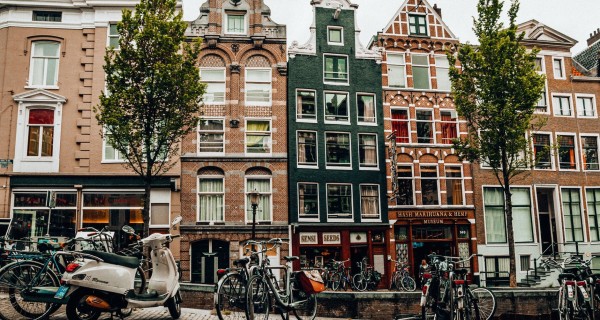 There is a shortage of proper housing in the Netherlands. When foreign expats come to the Netherlands, it often takes them quite some time to find a suitable accommodation. There are some landlords (and slumlords) on the rental market, specially targeting newly arrived expats. These slumlords often succeed in their wrongdoings, partially because the foreign expats themselves may wrongfully believe that the Dutch rental laws offer expats a greater level of protection than the laws in their home country (for example, in the United States). In this article, we will have a look at two common problems: the security deposit and the premature termination of a rental agreement.

Before a tenant moves into a new apartment, a landlord often asks for a security deposit (“waarborgsom” in Dutch). In most states of the United States, there are statutory laws regulating the maximum amount of a security deposit, the amount of time a landlord has to return an unused security deposit, and how a security deposit needs to be held by the landlord. For example, in the state of Pennsylvania, the state legislators passed a law, stipulating that “no landlord may require a sum in excess of two months’ rent to be deposited in escrow for the payment of damages […] and/or default in rent thereof during the first year of any lease” (Title 68 §250.511a of Pennsylvania Consolidated Statutes Annotated). The Pennsylvanian state legislators want to protect the interests of the tenants. Thus, any attempted waiver of the aforementioned provision by a contract or otherwise shall be void and unenforceable. A newly arrived US expat may think that the Netherlands may offer greater protection to the tenants, as the stereotype about the Netherlands and many other European countries is that we have a better ‘social protection net’ in Europe. Unfortunately, it happens very often that foreign tenants cannot get their security deposits back from their Dutch landlords. The reason for this trend is that there is no statutory regulation with respect to the amount of the security deposit. The amount of the security deposit is acceptable as long as it is reasonable. On the basis of Dutch case law, a security deposit equivalent to three months’ rent is reasonable. Moreover, security deposit is often wired directly to the landlord’s personal account (instead of an escrow account). At the end of the lease term, a slumlord may conjure up whatever reasons not to return the deposit, for example, through contending that a tenant has damaged the leased property.

Some expats come to the Netherlands, hoping that they will live in the Netherlands for many years. In practice, some expats choose to leave the Netherlands earlier than planned. However, when they came to the Netherlands, they may have signed a so called “permanent rental agreement”. They may have been told by their realtor that this agreement can be terminated anytime with due observance of one month notice period. Unfortunately, it happens often that there is a special provision in the permanent rental agreement, prohibiting the tenant from terminating the lease agreement in the first year. Under such circumstances, in the United States, a tenant may still have an escape. In Sommer v. Kridel, the Supreme Court of New Jersey holds that: “a landlord has a duty to mitigate damages where he seeks to recover rents due from a defaulting tenant”, and that “the landlord’s duty to mitigate consists of making reasonable efforts to re-let the apartment” (Supreme Court of New Jersey, 1977. 378 A.2d 767). Also, the burden of proof lies on the landlord, as the landlord shall need to prove that he used reasonable diligence in attempting to re-let the premises.” The duty to mitigate damages reflected in Sommer v. Kridel is now the majority rule in the US. Unfortunately, such a rule does not really exist in the Netherlands. Under the same circumstances, it is very likely that the landlord will continue requiring the departing tenant to pay the remainder of the rent (until the end of the first year) or the landlord may ask for a compensation.

To conclude, when a US expat moves from the US to the Netherlands, they may wrongly believe that there is a better social protection net, guarding their interests as a tenant. Unfortunately, expats need to remain vigilant when signing a lease agreement in the Netherlands.

Are you a US expat and facing similar issues in the Netherlands? Please feel free to contact us through filling out the contact form on our website.