Obtaining dutch citizenship: why it seems impossible for some foreigners. Part 1 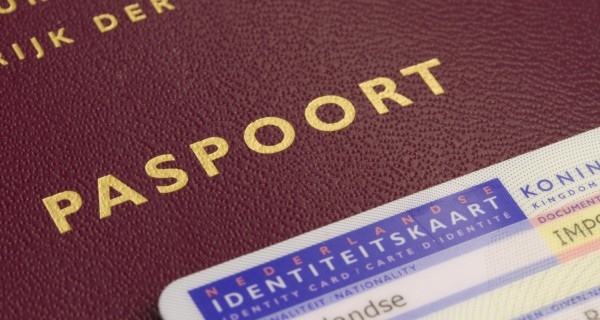 Many have lived in the Netherlands for over twenty years. They are well integrated and have a high level of education, they have good jobs, speak Dutch better than many Dutch people, and they may already feel Dutch. However, there is one big BUT: they are not officially Dutch and do not have a Dutch passport. The only travel document they possess is the foreigner's passport issued by the Dutch authorities. In addition, they usually do not have a national passport from the country where they were born or where they have resided for an extended period before arriving in the Netherlands. The question is, of course, why is this group of foreign nationals not able to naturalize as Dutch citizens or opt for Dutch citizenship? To provide an answer to this question is just as difficult as the fact that it is so difficult for many to obtain Dutch citizenship or, at least, it appears to be so. There may be a solution, however, and this solution is not only theoretical or hypothetical, it is feasible in practice.

Dozens of diverse articles have been written about the situation of the RANOVers who are unable to obtain Dutch citizenship due to a lack of identity documents. Of course, there are also foreign nationals who face the same problem, but who do not qualify as RANOVers; they may be former permit holders of, for example, the 14-1 letters or, alternatively, they may have received a positive decision in accordance with the Minister (discretionary powers). Whatever the situation, these cases always cause distress. What these two groups have in common, when it comes to the question of whether they can naturalize (or opt), is, firstly, the aforementioned lack of identity documents and, secondly, the registration of their nationality with the Dutch government as 'unknown'. Another common point is the sensitive issue of identity fraud. Foreign nationals who are registered in the Netherlands with a different (first and last) name and/or birth details and/or nationality than the 'actual' identity details as established at birth or, in any case, before their arrival in the Netherlands, have a problem. This cannot be ignored. For the group of foreign nationals who, as RANOVers, are recipients of the General Pardon, it is the case that they were given another opportunity by the IND to disclose their 'real' identity when the General Pardon was being granted. Many initially thought that this possibility was simply a new insurmountable obstacle put in their way and that they would not obtain the General pardon after all. However, it was really true: one could actually provide a real identity and the General pardon would be retained. Fear can seriously affect a human being and, as a result, a considerable number of foreign nationals did not make use of the IND's offer and clung onto their incorrect identity. For the non-RANOVans, this possibility was not offered, and they therefore had to (unintentionally) hold onto their incorrect identity.

The solution that may be available only applies to those who have registered, immediately on arrival in the Netherlands, their correct identity with the Dutch government. This is because the identity problem for the group of foreign nationals who have an incorrect identity must be resolved before a start can be made on naturalization or the option procedure and, by the way, don't be fooled into thinking otherwise - identity first, then Dutch citizenship. An extensive investigation into Dutch case law regarding identity documents in more than one hundred decisions of the administrative courts in the Netherlands, shows that the Council of State has always ruled in favour of the Minister. The core argument was and is: "It is precisely in the context of the procedure on the granting of Dutch citizenship that the identity of the applicant should be the subject of investigation, since the granting of Dutch citizenship, because of the consequences attached to it, is a matter of great importance".  In simple words, first correct the identity, then move on towards Dutch citizenship. This follows from case-law by the Council of State.

Foreign nationals who struggle with the problem of an incorrect identity, together with those who have a correct identity, may not be able to access their identity documents. These are, in particular, a birth certificate and a passport from the country of origin. Within both groups of foreign nationals, attempts have been made in the past to initiate a naturalization procedure in order to obtain Dutch citizenship. The most frequently used argument, following investigation in case law (also in the judgments referred to below), is that people are in need of hard evidence concerning the submission of a birth certificate and a passport in order to prove their identity. To date, there has not been a single ruling of the Council of State in which the need for proof has been waived. An important conclusion to be taken here is that it is not clear in which cases a correct or incorrect identity is involved. Nor does the Council of State (or the Minister) seem to make any distinction in this respect – and rightly so – as the investigation in case law shows that identity fraud is not discussed. On the other hand, this is unfortunate, because, in this way, one does not know the cases in which someone has really tried their best to obtain identity documents, but has failed to do so, rather than those cases where one already knew in advance what the reason was for not being able to obtain identity documents (identity fraud). This distinction in cases is relevant, and the Minister should also be aware of this, since the problem of identity fraud lies with the foreign national in the first situation; where there is no question of identity fraud, the problem more often lies not with the foreign national but with the authorities in the country of origin. By not making this distinction, the entire policy regarding the need for proof is meaningless!

In order to make the distinction between the two groups mentioned clear and obvious, it is essential to invoke Article 4:84 of the General Administrative Law Act. The implicit authority to deviate could lead to the conclusion that the group of foreign nationals can indeed become Dutch citizens if their identity is correctly registered. Within the framework of an appeal to Article 4:84 of the General Administrative Law Act (Awb), a clear, detailed and evidence-based remedy is necessary. That this is possible is shown by the four successfully completed naturalization cases called in reference to Article 4:84 of the Awb.