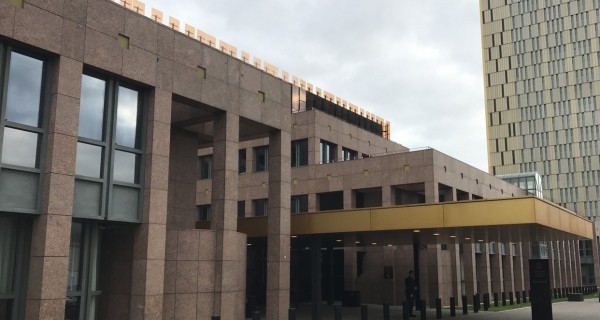 On 20 January 2022, the European Court of Justice made an important ruling with regard to the issue as to how long an EU long term permit holder ("EU langdurig ingezetene") can stay outside the EU without losing his residence permit.

This case is about a Kazakhs man (hereafter: Damir). Damir is in possession of an EU long term stay permit issued by the Austrian Government. During the period from August 2013 to August 2018, Damir stayed extensive periods of time outside the EU. However, he never stayed for a period of 12 consecutive months or longer outside the EU. During the aforementioned period, he always came back to the EU for a few days per year. In September 2019, Damir submitted a renewal application for his EU long term permit. On 9 July 2019, the Austrian immigration authority refused his application. One month later, Damir filed an appeal before the Vienna Court ("Verwaltungsgericht Wien"). As this case concerns article 9 (1)(c) of the EU Directive 2003/109, the Vienna Court decides to refer this case to the European Court of Justice (ECJ), asking the ECJ to make a ruling. On 15 July 2021, the Third Chamber of the ECJ heard the case in public. On 20 January 2022, the ECJ made a ruling.

According to article 9 of the Dutch and German versions of Directive 2003/109, if an EU long term permit holder does not reside (“niet verblijven” in Dutch or “nicht aufgehalten hat” in German) in the territory of the EU during a consecutive period of 12 months or longer, he may not keep his EU long term status.

First of all, the ECJ points out that article 9 of this Directive does not encompass any reference to the national law of the Member States. The concept of ‘absence’ must be seen as an autonomous concept of EU law and interpreted uniformly across the entire EU, irrespective of characterization in the Member States. Therefore, ECJ continued examining the Directive in different languages. In a large number of language versions of the Directive, a term equivalent to the word ‘absence’ is used in article 9. This concept of ‘absence’, as it appears in that provision and in accordance with the colloquial meaning, means the physical ‘non-presence’ of the long-term resident in the territory of the EU. In other words, it implies that any physical presence of the person concerned in that territory is capable of interrupting such an absence.

Second, the ECJ notices article 8 of Directive 2003/109, which stipulates that “long-term resident status is permanent, ‘subject to article 9’ of that directive”. As “the permanent nature of that status constitutes the general rule, article 9 must be interpreted strictly”, says the ECJ.

Third, the ECJ points out that article 9(1)(c) of Directive, which merely defines the period of absence from the territory of the EU causing the loss of the long-term resident status. Standing in contrast to article 4 of the Directive, article 9 does not require that, in order to be capable of interrupting that absence, the presence of an EU long term permit holder in the EU must be of a certain duration or adopt a certain form of stability (such as, habitual residence, center of interests, the existence of an ‘actual and authentic link’ with the EU, family members or assets).

Furthermore, the main objective pursued by the Directive is the integration of third-country nationals who have settled lawfully and on a long-term basis in the Member States and, for that purpose, bringing the rights of those third-country nationals closer to those enjoyed by EU citizens, through establishing equal treatment in a wide range of economic and social fields.

“Such an objective supports an interpretation of article 9(1)(c) of Directive 2003/109, to the effect that those third-country nationals who, by virtue of the duration of their residence in the territory of the Member State concerned, have already demonstrated that they are settled in that Member State are, in principle, free, as are EU citizens, to travel and reside, also for longer periods, outside the territory of the European Union, without that thereby entailing the loss of their long-term resident status, provided that they are not absent from that territory for the entire period of 12 consecutive months referred to in that provision”.

Moreover, the ECJ also examined the preparatory history of Directive 2003/109, in which it was stated that ‘EU long-term resident status must offer its holder maximum legal certainty’. The principle of legal certainty, which is one of the general principles of EU law requires that rules of law be clear, precise and predictable in their effects. A physical presence of the person concerned in the territory of the EU is capable of interrupting his absence and, consequently, of preventing the loss of his EU long-term resident status under that provision, makes the maintenance of that status dependent on a clear, precise and predictable criterion relating to a simple objective event, so that such an interpretation is better able to guarantee the persons concerned an adequate level of legal certainty.

Therefore, the ECJ holds that “any physical presence of a long-term resident in the territory of the European Union during a period of 12 consecutive months, even if such a presence does not exceed, during that period, a total duration of only a few days, is sufficient to prevent the loss, by that resident, of his or her right to long-term resident status.”

In early 2021, the Dutch Immigration and Naturalization Department (“the IND”) implemented a related policy, in which the IND follow a much stricter interpretation of the aforementioned provision. In light of this latest ECJ judgement, it is most likely that the IND policy will not be able to withstand this ECJ test. The expectation is that the IND will amend its policy in accordance with this ECJ judgement. Nevertheless, if you have received any letter from the IND with respect to the issue of main residency, please feel free to contact Mynta Law through filling out the contact form.