Children of Highly Skilled Migrants: How much tuition should I pay? 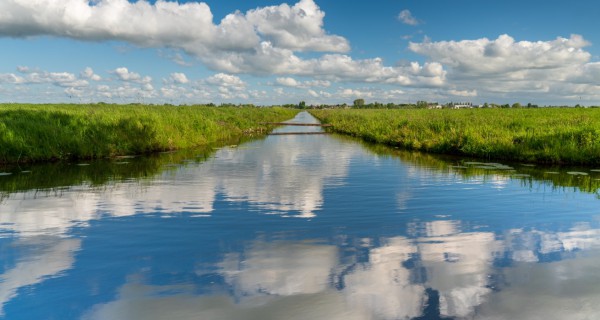 The Dutch Appeals Tribunal for Higher Education has delivered a judgment on 24 October 2019 regarding the applicable tuition fee for the child of a parent residing in the Netherlands with a highly skilled migrant permit.

The child in this case came to the Netherlands in 2010. He began studying at the University of Applied Sciences in The Hague in September 2013, and for the first few years tuition was set at European statutory standards (the lower tuition fee). However, from 2017, the university in The Hague requested him to pay at the institutional rate (a higher amount, recognized as the international student standard). The individuals concerned found this unacceptable, and the case was brought before the Appeals Tribunal (CBHO) in The Hague.

Below is a brief summary of the applicants’ submission.

Firstly, they claimed that the child’s residency was initially dependant on his mother for the purpose of family unity with a highly skilled migrant. The child, pursuant to Dutch law, obtained an independent residence permit after a year of residence in the Netherlands.

Secondly, the child had been receiving the grant and loan offered by the Dutch Education Department.

Thirdly, the applicants accused the University of Applied Sciences in The Hague of breaching Article 14 of the European Convention on Human Rights, regarding its non-discrimination clause. The applicants quoted the ruling by the Court of Amsterdam in 2019 which said that refusal to give study grants and loans to the children of highly skilled migrants constitutes discrimination.

The judgment of the Appeals Tribunal (CBHO)

The applicant is not entitled to the European standard tuition fee defined in the Royal Decree on Study Financing (Wet studiefinanciering). The Appeals Tribunal ruled that discriminative measures are allowed under the Royal Decree, and such measures do not violate the European Convention on Human Rights. Despite the fact that the applicant had been enjoying the grant and loan from the Education Department over a period of years, it does not mean that he can pay the European standard tuition fee.

It should be noted that judgements from courts can vary depending on the nature of the case, and which court conducts the hearing. For educational matters, cases about study financing will firstly be heard by the District Court, then the Central Board of Appeal in Utrecht (CRvB), should there be an appeal. However, cases regarding tuition in the higher education sector will be heard directly by the Appeals Tribunal for Higher Education in The Hague (CBHO) leapfrogging the District Court. Therefore, there are two legal tracks and different tribunals may come up with different judgments.

The applicants’ third claim mentioned the judgment of 10 January 2019 by the court of Amsterdam, against which the Dutch Education Department appealed this case before CRvB, and this judgment has not yet been delivered. Should CRvB uphold the ruling, there would be a bizarre situation whereby the children of highly skilled migrants are entitled to receive grants and loans from the Dutch government while, at the same time, having to pay at the international rate, pursuant to the judgment from CBHO.

We will provide an update about this issue when the judgment has been delivered. It is advisable for foreign children who are eligible to apply for permanent residency to do so as soon as possible. With this permanent residence permit, a foreign child can circumvent any foregoing disputes about tuition fees. Children under the age of 18, or those who have obtained an International Baccalaureate diploma of Dutch language from international schools are exempted from the Dutch civic integration exam, which is normally a requirement for obtaining permanent residency. Moreover, according to a judgment from the European Court of Justice in 2019, non-economically active foreigners (including students) can rely on third parties’ financial contribution to maintain their stay in the EU as well as applying for permanent residency.

Finally, in case you have obtained EU permanent residency from another EU Member State, you and your family are entitled to the EU standard tuition fee in the Netherlands.