Non-EU family members of an EU citizen: how to get a permanent residence permit 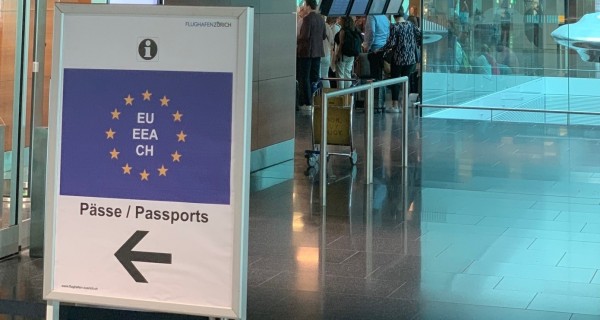 You are a non-EU family member of an EU/EER citizen. You are in possession of a residence card mentioning the following texts: “residence card for a family member of an EU citizen” (old version) or “Fam. van een burger van de Unie conf. art. 10 Richtl. 2004/38/EG” (new version). You have been living five years in the Netherlands. How can you obtain a permanent residence permit? What should you be careful about?

The residence rights of EU citizens and their non-EU family members are specified in the EU Directive 2004/38. On the basis of this Directive, after living 5 years in an EU country, non-EU family members can obtain permanent residence. In the context of this Directive, this type of permanent residency is called permanent stay ("duurzaam verblijf" in Dutch). This permanent stay permit is different from EU long term stay that a third country national can obtain under the scope of the EU Directive 2003/109. In this article, we shall also discuss the issue as to whether permanent stay is really better than EU long term stay.

Theoretically speaking, it should be relatively easy for EU citizens and their non-EU family members to obtain permanent stay. However, in practice, there can be complications. Since April 2015, when reviewing an application for permanent stay, the Netherlands Immigration and Naturalization Department ("the IND") do not only examine the issue as to whether an EU citizen and/or the (non-EU) family member(s) have been living five years in the Netherlands, but the IND also investigate whether the other conditions have been constantly fulfilled over the last five years (such as, the requirement of sustainable income, employment contract and health insurance etc.). This practice is rather arbitrary and does not happen in some other EU countries. In November 2017, the Council of State upheld this arbitrary practice of the IND, giving a confidence boost to the IND to continue their arbitrary practice. In the judgement of 15 November 2017, the Council of the State refer to the Ziolkowski & Szeja judgement of the European Court of Justice, reiterating that legal residence should be in conformity with the conditions as stipulated in the Directive 2004/38, in particular that of article 7 of the Directive. A stay that does not meet the conditions of article 7 of the Directive should not be considered as legal stay for the purpose of acquiring permanent stay. Since the publication of this judgement, the IND have been asking EU citizens and their (non-EU) family members to provide the IND with numerous documents if they want to acquire the status of permanent stay. For instance, an applicant will need to provide the IND with employment contracts, health insurance policy providing coverage during the previous 5 years and/or evidence showing you have had a bank account registered to you on an address in the Netherlands during the previous 5 years etc.

Should you have any questions about the permanent stay permit, please feel free to contact Mynta Law.